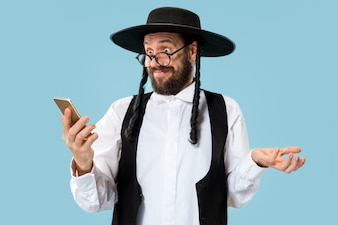 Time for some hyperbole.

How about we set up a white ethnostate? It will be a nation of Caucasians, and it will extol whites as supreme. It will be literal white supremacy—for we will regard ourselves highly for our genetics. Oh wait, that would be racist. But Israel does this. Theirs is a blatant ethnostate. For almost a century, Jewish directors and writers have decried the Nazis for pursuing the idea of a German master race. And yet, you have the very thing transpiring there, in the modern day, right there in the Holy Land. The people of the country of Israel consider themselves a master race above all others.

But let’s forget that we’d be racist for doing that. Let’s also have our race-based country go hand-in-hand with our religious beliefs. Religion will be the rock-solid foundation of our society, and it will justify our country’s very existence. Oh wait, that would be intolerant and exclusive. We’d be considered religious bigots. But Israel does this. For them, the idea that their master race was pre-ordained by God to inhabit those lands is a part of their religion. They have faith in this religio-political notion that Yahweh chose them in the beginning and intend for them to be the Special People of that territory for all of time.

But whatever. Let’s continue and not worry about being considered bigoted racists. Let’s just move on, and we’ll expel people in this country who don’t fit our designated ethnicity. We’ll get rid of Affirmative Action, scorn this idea of reparations, openly regret the sacrifices white Americans made for blacks during the Civil War, and stop all diversity programs. All of that will stop. Instead, let’s turn all of the minorities into second-class citizens. Oh wait, that would be horrible and racist, and it’d violate our modern notion that everyone’s somehow equal. But Israel does this. Jews tout themselves as the greatest, purest form of human being there could be. And even then, among the Jews is a hierarchy of what kind of Jew is the purest. In fact, they consider themselves to be above all non-Jews. Us filthy Gentiles and our filthy diets. In fact, their derogatory word for us is that we are goys. Just a bunch of stupid goys put on this earth to serve the Chosen People of God.

Well, nevermind that. We’ll circle back to all those hang-ups later. For now, let’s plan to carve out our new religious ethno-state with heavy force of arms. We’ll pick the very spot where we are now—even though there’s a bunch of people living here already. And when we do it, we absolutely will not apologize, and we’ll even ridicule our critics. And anyone caught on the outskirts of our fortress country will be treated with absolute opprobrium, malice, contempt, and random force. Oh wait, that would be cruel, and it would violate a lot of human rights. We would be viewed as monsters if we did that. But Israel does this. They’ve had no problem displacing an entire nation of Palestinians from their lands, relegating them to the outskirts of the current borders of Israel, and harassing them with disproportional force on a daily basis. But hey, that’s okay because—remember!—they’re God’s Special People, and they’re absolutely wonderful because their religion was the first one ordained by God, and their tribe is a master race above all others. So they have an excuse.

But back to our plans for Utopia here. Let’s send out spies and cultural fifth columnists into many countries who oppose us, and we will subvert their culture and trick their people into worshiping us for our ethnicity. We will overtake their media, their movies, their books and radio shows. We’ll pretend we are their friends, but support their enemies. We’ll encourage insurrections. We’ll overthrow the established order of all these other countries. And we’ll pretend we’re their greatest allies. We will send in our people to control their governments. We will make sure that their grocery stores and shops carry foods that we like. We will have special interest groups in these other countries that enact punitive measures against any individual or groups who dare to speak out against us. We will bribe other countries to go to war for us. We’ll make it so that we can openly talk about how much we’re subverting our supposed allies, but we’ll make it illegal for our “friends” to even notice it. Because the world is our oyster. Because the world is our slave. Because everyone exists to serve us. Because they live for us. We are the most important people on earth, and they are beneath us.

Oh wait. We can’t do any of that. We’d be slimeballs. We’d be no better than two-faced parasites if we did that to others. We’d be ruinous, undermining traitors and false friends if we did such horrible things to other supposed “friend countries.” We’d be recognized as weasely agitators and insurgents. We’d have no moral leg to stand on as a people or a nation if we did that. But Israel does this. They completely own the minds of American Protestants. The latter have a subservient fealty to Israel perhaps unseen in all of human history. The Israel Lobby has an extensive network of organizations threaded throughout American society to ensure they remain the primary influencers of power in the United States. They run all of our major news organizations, they control Hollywood, they direct our military. President Trump’s reputation was completely decimated during his presidency, all because—in spite of expectations—he refused to do the bidding of his Israeli handlers and go to war with Iran between 2016 and 2020. Yet, in spite of all this backstabbing, the Evangelical vote is aligned to Jewish interests. America’s “Christian Coalition” has been a lobbyist for Israel for decades.

Americans LOVE Them Some Israel

The above is an unthinkable scenario for America that many dare not even put in print. Even counterfactually discussing what I just typed on my blog can earn ire and criticism by enemies who’ll drag statements out of context. Even daring to theorize a religio-ethnostate for American white people breaks many unspoken blasphemy laws. And yet, this very thing exists with the country of Israel. In spite of clear, undeniable, pernicious behavior that has stretched on for decades (longer, really) in the U.S., there is still high regard and unquestioning worship of this little country.

“Once we squeeze all we can out of the United States, it can dry up and blow away.”— Israeli Prime Minister Benjamin Netanyahu, 2002.“I don’t care if Americans think we’re running the news media, Hollywood, Wall Street or the government. I just care that we get to keep running them.”— Joel Stein, Jewish columnist for Los Angeles Times, Dec 2008

Witnessing the uncritical adoration of Jews by American Protestants is like watching an entire nation carry on as though it’s under some sort of black magic spell. The God-ordained destruction of ancient Israel, their Providential dispersion, and the clear and historical prevention of their building a new Temple is not evidence enough to dispel American infatuation with the Jews. For American Protestant Israel worshippers, the infernal writings of the Talmud do not even exist. Sure they killed Christ—and many of them collectively assumed responsibility for that—but nobody’s perfect. It is as though these American Israel loyalists know nothing of the New Covenant, nor do they recognize the Christians as the New Israel.

Consider this passage from Scriptures:

“He that blesseth thee, shall also himself be blessed: he that curseth thee shall be reckoned accursed.”

The above is a policy that American Protestants accept as though it is one of the very Ten Commandments. Even though the ancient Hebrews of ancient Israel were of the Old Covenant, and that the Church is the New Israel—they still do not understand. The Scriptures are blatantly taken out of context, and they hold onto this misunderstanding no matter what.

But perhaps this obsession is baked into the cake. America, from its very founding, was obsessive of the Jews. The Puritans viewed the Jews as a purer form of worship of the One God than Catholicism or Anglicanism. And when they left Jewish Amsterdam—the old “Dutch Jerusalem”—for the New World, they brought their judaized mentality with them and sewed it into the American culture. For the Puritans, real Christianity was silly to them. Instead, they wanted to be “the new Jews.” And like the ancient Hebrews, they wanted a “City on a Hill” of their own.

These are America’s ancestors. So is it any wonder that the posterity of the American Founders ended up becoming what they are today? Is it any wonder that Protestant America celebrates when the ADL comes down on anyone questioning the Jewish narrative? There are not a few bills passed through the U.S. Congress approving much treasure and resources for the stability and security of Israel. In Ron DeSantis’ Florida, you are able to purchase vanity license plates that state: “Florida Stands With Israel.” You can buy similar plates in Ohio and North Carolina. And all three states have laws that limit any boycott of Israel. In 2015, when Benjamin Netanyahu spoke about going to war with Iran to the U.S. Republican Congress, he got 28 standing ovations in 47 minutes. It was as though a dictator had walked into the room, and everyone manically applauded continuously, terrified to be seen as the one person not clapping.

Israel is sometimes referred to as the “51st State,” but that is hardly true as it contributes nothing to the United States, collects billions of dollars a year from the U.S. Treasury and is totally unaccountable in terms of the actual damage it does to American interests. The American people are being hoodwinked by their own elected leaders and laws are being passed to make it impossible for them to even complain. Well, enough is enough. It is past time to shut the door on the Israeli influence machine and take back what remains of truly responsive and representational government.

Philip Giraldi, Pandering to Israel Has Got to Stop

How They View Us

In the end, we are viewed as a contemptuous nation of fools destined to be destroyed. No matter how much we act the cheerleader, no matter how much the Americans try to be Israel’s friend, we will always be viewed as the disgusting, pathetic dupe to be completely used up and left with nothing.

We are Edom. We gentiles—stupid goyim that we are—are citizens of the “New Rome” to Israel. We have traditionally been seen as a bane to the Jews, and they are delighted to take us for everything we’ve got. They will use us up until we are a dried up husk. And as all this happens, our Protestant megachurches will fly the American flag alongside the Israeli flag—even when carnage and vengeance is wished upon us by their rabbis. Our perpetual subversion is good news to them. Constantly, these people that Protestant Americans idolize betray our interests. It is the most unforgiving relationship between countries in the history of the world, and as long as America’s resources continue to flow from the land, this abuse will never stop.

Thus concludes this scandalous post, my sinful act…of noticing this.

They Were Forecasting BLM Upheaval Even Fifty Years Ago