TAYLOR SWIFT IS THE MEAT IN THE SANDWICH

ANIMAL RIGHTS ACTIVISTS SLAM TAYLOR SWIFT FOR APPEARING AT THE MELBOURNE CUP.
THE SPORT OF KINGS UNDER FIRE [again] ALONG WITH THE SYMBOLIC FRONT PIECE FOR THE OCCULTIST MUSIC INDUSTRY "ENLIGHTENED ONES" [rarely].
==========================================
You have to feel some sympathy for Taylor - the controlled symbol for a degenerate mob of Satanic hustlers who have indoctrinated kids into the New Age Movement [or tried their darndest]. Now she is under attack by the usual suspects of activists, but one suspects that Taylor will win out due to her fan base and army of adoring indoctrinees and neophytes of the "Movement". Poor gal, she previously suffered vitriolic abuse from the Left after going silent upon Trump's election, even though she is a Democrat voter and shill for LGBT [comes with the territory], racial activists, abortion, and all those blah, blah causes. But that was because she hails from the redneck base of country & western music.

Taylor was the main prop at the 2018 American Music Awards, singing "I Did Something Bad" just to inculcate the philosophy in young minds that bad is good. The trimmings included snakes galore, a giant image of a Cobra, the expected hand signals to appease the Illuminati controllers, the One-Eye gnostic symbol, and all the rest. Snakes you say?!! Yes, the symbolic repeat of Eve's capitulation to Satan in the Garden Of Eden [and get the adrenalin rush of the stage show and the monotone mind-bending music that entraps young minds]. Kids hooked on that stuff from the age of 10 to 30 gives them 20 years of brainwashing, no doubt. But then we all have been subjected to toneless, monotonous vocal masturbations since 1980, albeit from some wonderful vocalists - but the Occult Industry will control what you hear - you hear!!
So, now this poor puppet for the left marionettes will be the contradictory front girl for the capitalists' big event in the Greatest Horse Race In The World [apart from the Birdsville Cup, of course]. Conflict?...... Nah, not when it comes to $$$$$$$$$$$. We should just thank our lucky astrological new age stars that Meat Loaf wasn't invited. 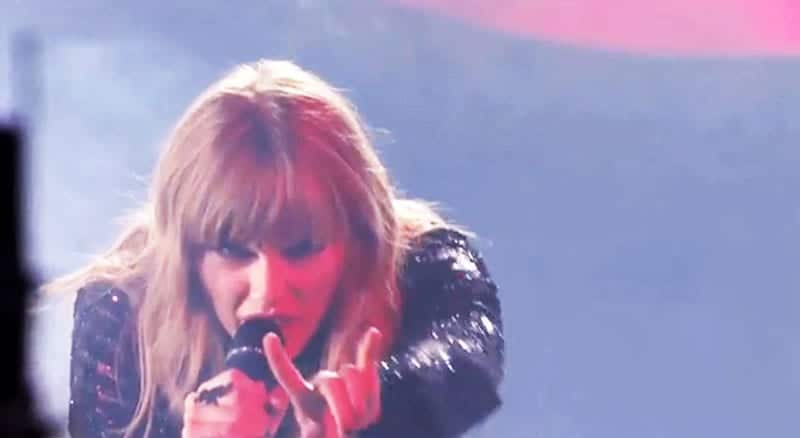 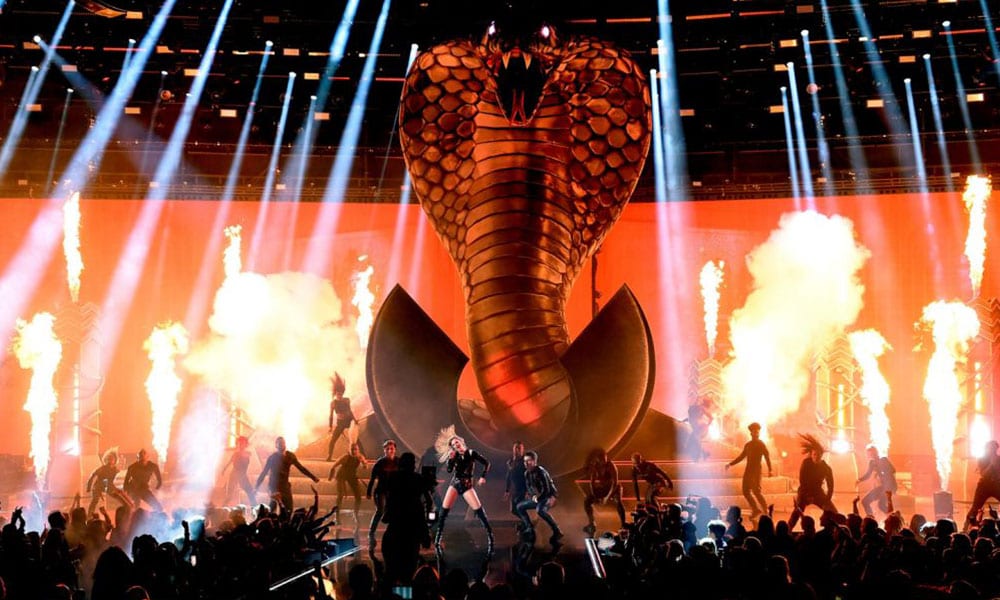