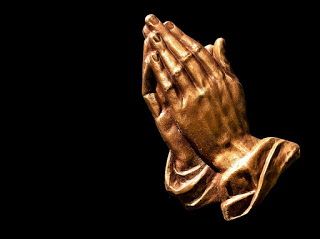 Observations on the Influence of the Occult in Traditional Catholic Discourse

PUBLISHED ON 'MEDIUM' PLATFORM [which I will not re-blog in full, so please click the link to read. It is an 80 min. read]. I have added below some material found since my reading of the article, i.e., a screenshot from the Gnostic Society, and a response to the article from Dr. Chojnowski. 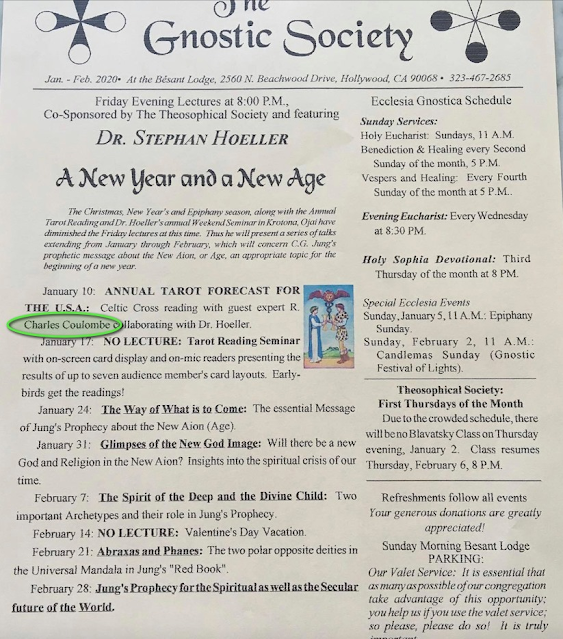 Dr. Chojnowski: I have had experience, over the years, with some of the men who are mentioned in this article. I have worked on books and articles of Charles Coulombe when I was helping out at Angelus Press. It was during those years that the stories about Coulombe's writings for Gnosis magazine first emerged. This caused a sensation at the time and caused the Angelus to distance itself from Mr. Coulombe, even though he had done excellent work on the topics of Christian Civilization, Monarchy, and the history of the Papacy. From what I remember, it was more his connections to Gnosis and not his Feeneyite beliefs nor his Monarchist politics that was at the center of the controversy. This was in the mid-90s, stretching to at least the year 2000. He has continued to contribute by his frequent interviews about the various traditionalist movements of the past and a more truly right-wing and traditionalist view of European history. How this fits in with reading Tarot cards, I do not understand, since I thought it was a sin worthy of damnation.

It was with Dr. Wolfgang Smith that I had a personal relationship. When I moved to Idaho from Kansas he was living here and going to the SSPX church in Post Falls. He admired some of the work that I had done for the Angelus, so he contacted me and we met. We had several personal meetings and lunches over the course of a few years. Dr. Smith had taken a truly heroic stance, as a scientist from MIT, against Scientism (the ideology that says that empirical science and its popular theories can and do explain all aspects of our existence), Evolution --- against which he has a number of books and magnificent articles, the Atheism prevalent in scientific circles, and against the apostasy inherent in Modernism, stemming from Kant and flowering in Teilhard de Chardin. His book against Teilhard is truly magnificent. In this context, he told me that, after being invited to many a prominent conference on the relationship between religion and science, he was suddenly cut out after he gave his book against Teilhard to an archbishop at one of these conferences. By the awkwardness of the moment, he understood that he would never be invited back. Dr. Smith must also be praised for his book on Quantum Mechanics and his beliefs that the traditional Aristotelian distinction between Act/Potency could be used to solve many of the philosophical problems inherent in this new physics.

I figured there was something going on, however, when Dr. Smith, soon to move to California with his now deceased wife, gave me boxes and boxes from his library having to do with the "crisis in the Church."  This was about 2003. He said that he was no longer interested in such questions since now he was interested more in "metaphysics." I did not realize fully at the time that there was a very fundamental change going on in his mind, a change that would end up producing a conversation, over the phone, in about 2005, at the end of which he said that "God seeds His revelation in all religions." Trying to put the best spin on his statement, I said that, "Yes, there can be found natural truths that are present in all religions, truths that have been discovered by men (e.g., that man has in immortal soul or that a Creator exists)." But this is not what he meant, as he quickly pointed out. It was that "God gives revelation to all traditional religions (e.g, Hinduism, Buddhism, Islam, Judaism, Eastern Orthodoxy, and, yes, the Roman Catholic religion)." He meant what he said and the conversation ended soon after. I was further shocked when I read one of the prefaces that he wrote for one of those books that he had given to me from his own library. It was the book by Jean Borella, entitled, The Secret of the Christian Way. In the preface to this book (viii), Dr. Smith writes, "Yet the contact with [Rene] Guenon and with the Oriental traditions must have provided a powerful stimulus --- a veritable imperative --- to deepen and universalize his understanding of the Catholic faith. It has thus prepared and empowered Borella to contribute effectively to the accomplishment of one of the major tasks confronting the Catholic Church today [2001], which is to bring her teaching --- timeless in its essence -- into harmony with all that is true and profound in the doctrines of the East [Oriential mysticism]. Only by bringing this task to completion, I believe, can the Church realize and manifest her own God-given universality --- her true "catholicity" --- and thus FULFILL HER DIVINELY APPOINTED MISSION." This, and the quotations from Dr. Smith found above in the article by Mr. McFadden, is a statement of apostasy and the flip side of Bergolian "left-wing" ecumenism and pantheism. It is very sad, but true.

Should any further material be found it will be added, especially if there is some connection made between this new age trend and the policies and actions of Bergoglio.