On Jew-Haters and Jewish Haters of Jews
Avoiding the dead end on J Street. 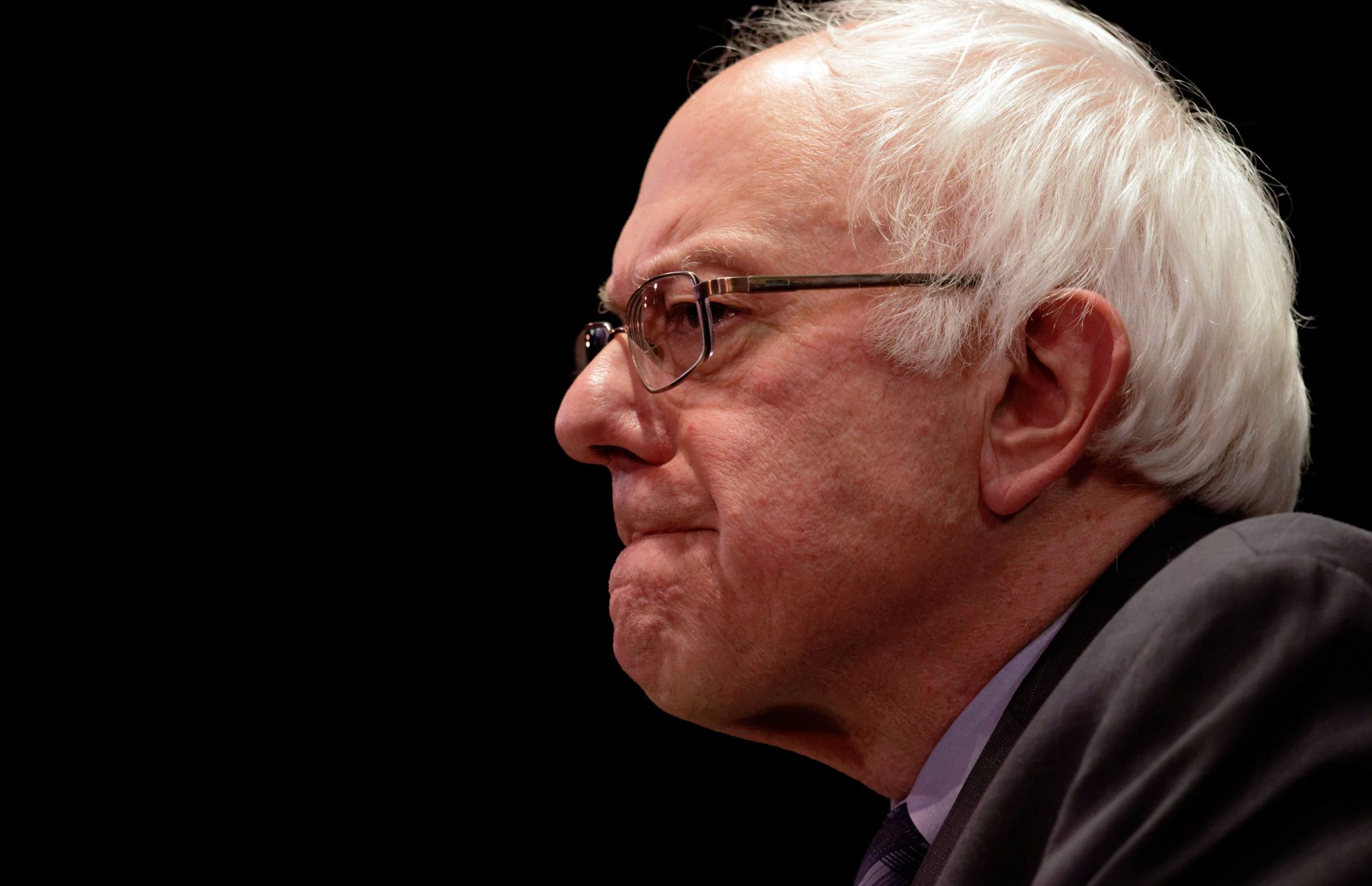 Editor's Picks
Hunter Biden Cashed In to Fuel His Drug and Sex Habits
by George Neumayr
Targeting People With Mental Illness and Dementia for Euthanasia
by Wesley J. Smith
A Red Wave Through the Bayou
by Scott McKay
Is Mass Immigration Killing Two-Party Democracy in the U.S.?
by James Delmont

The Talmud tells us in Tractate Pesachim 49b that, as bad as non-Jewish anti-Semitism can get, no one hates Jews of authenticity as deeply and severely as do other Jews who are outside the pale of Judaic knowledge. With this week’s annual J Street conference, a hatefest aimed at tearing down the foundational core of the authentic Israel that two-thirds of its population democratically supports, we see how true the Talmud’s sad observation is. No one — truly no one — hates as many Jews as deeply as do Jews of the left. Of course it is a sickness.

For a week J Street has vied to hurt Israel in every imaginable way within its limited capacity. It urges massive American funding for Abu Mazen (Mahmoud Abbas) and his anti-Israel apparatus that rewards terrorists and their families with lifelong generous stipends for murder: Pay to Slay. Even more than that, J Street gives its very platform to Abbas, a lifelong Jew-hater whose doctoral dissertation denied the Holocaust and who, to this day, never has compromised one inch on his absurd territorial demands or demands that Israel allow millions of Arabs to enter the country to replace the Jewish majority.

The “two-state solution” is dead. Call it “Weakened for Bernie.”

One day J Street cheers on Abu Mazen. Another day they give a “Peacemaker” award to Jimmy Carter, a longtime Israel-hater by his own published bigotry. Another day they provide a platform for two of the most viciously anti-Israel haters in the United States Senate, Elizabeth Warren and Bernie Sanders. Year after year, Warren of Massachusetts is on hand at J Street to attack Israel. And Sanders is so deep a hater of the Israeli polity that he is endorsed openly and regularly by unabashed Jew-haters like Rashida Tlaib, Ilhan Omar, and Linda Sarsour. They endorsed him for president. He endorses them. It makes sense: He despises the government and policies that more than 70 percent of Israel’s Jews vote for, again and again, while he immerses in a political lovefest with the worst congressional Jew-haters of our time.

Like all such Jewish haters of Jews, just like the wide swaths of pseudo-Jews in J Street, these haters come prepared to counter criticism with the line: “But I am Jewish.”

That nonsense may work for the New York Times and for leftist Jews who predominate CNN, MSNBC, so many other television news outlets, and organizations like the ADL and their ilk. But it is meaningless tripe for those who think beyond slogans. Bernie Madoff was a Jew, but that did not stop him from defrauding and almost bankrupting Elie Wiesel, Sandy Koufax, Jeffrey Katzenberg, Steven Spielberg, Frank Lautenberg, Norman Braman, Yeshiva University, the American Jewish Congress, Hadassah, and a long list of Jewish icons. It just made it easier for that Jew to destroy other Jews. Karl Marx was born to Jewish parents, but they converted to Christianity, and his life’s writings and teachings were steeped in anti-Jewish hate. There have been Jews who were active in the American Nazi Party and even rose to be leaders. And so we find the same sickness everywhere on the American left.

What motivates them? What makes a Bernie devote so much of his public life to attacking Israel and to campaigning alongside the worst congressional Jew-haters of our era? It can be any of so many things. He talks about how he once traveled to Israel to live in a kibbutz. So he liked that, Sha’ar Ha’amakim, a kibbutz that was so Marxist-collectivist that one of its founders ultimately was convicted for spying for the Soviet Union. The kibbutz movement predominated politically in Israel at its gestation. In those years, a significant segment of Israel’s political class indeed was friendly not only to Marxism-Communism in general but specifically to Josef Stalin. The Mapam Party — initially pro-Stalin Communists — won 19 seats in the first Knesset and, while losing support consistently in ensuring years, was included in all but one Israeli coalition government from 1955 to 1977. Here is the full-page ad that Mapam placed to mourn the “great tragedy” of the death of Stalin, whom they described as their “Great Leader and Praised Military Tactician” and the “Great Revolutionary Warrior.” Here is another placed by the Israeli Communist Youth Movement.

Nevertheless, as with all national socialist experiments, that one also failed in time. As Stalin started murdering Jews, conducting show trials in 1953 Czechoslovakia that disproportionately targeted Jews, started murdering other Jews who had risen to the highest echelons of the Soviet Union — Kamenev, Zinoviev, Radek, Trotsky, and so many others — the Stalinism in the Israeli government waned and was flushed out. Over the next half century, Israel became the capitalist start-up miracle nation that would come to lead the world in so many areas of technology and medicine. So the current Israel whose population now repeatedly and predominantly votes right-wing did not unfold the way that Bernie the Communist wanted — and Benjamin Netanyahu, probably more than any other person, directed the conversion of Israel’s economy from Marxism to capitalism. Accordingly, Bernie Sanders hates Netanyahu and wildly calls Bibi a “racist” even as Netanyahu negotiates with the Ra’am Arab Party and signs accords with Arab Muslim countries like the UAE, Bahrain, Sudan, and Morocco. Sanders, meanwhile, moved from mixed-race Brooklyn to live in Vermont, the second Whitest state in America at 94.3 percent of the population. Talk about racism.

This is the Sanders who goes to J Street to urge America to restrict aid to Israel. Elizabeth Warren does the same. And they start pontificating about “two-state solutions” for the benefit of the same biased Left media that, in 1948, opposed a Jewish country altogether and instead gave disproportionate coverage to the American Council for Judaism, an organization of Reform rabbis and Reform temples who unequivocally opposed Zionism.

What creates such Jews? Whence stems the sickness?

There is often a deeper story about childhood conflict with parents, sometimes tough parents with hypocritical values, and a lifelong childhood determination to get back at those parents someday by hurting them deeply where they will feel it most — trampling the core values they pushed, albeit hypocritically. Mom and Dad mocked Judaism’s Jewish traditions and practices at home, ate non-kosher and transgressed the Sabbath and the Holy Days, mocked rabbis — yet they irrationally demanded as their core values that the kids mourn the Holocaust by marrying Jewish and supporting Israel. So, 20 years later, and now with their own car keys and independent income, many such disgruntled children, assimilated Jews through and through, decide, “We never did kosher or Shabbat anyway. Passover was a food-fest without any discussion of the Torah. Yom Kippur was a 20-minute visit to temple once yearly to hear a Pavarotti wannabe or a Kiri Te Kanawa never-wuz sing “Canary” or whatever that thing is called. [Kol Nidre.] Now I will marry a non-Jew, because she can ski and twerk — and they can’t stop me. Now I will attack Israel because I am a Citizen of the World — and tough luck on them.”

Do not doubt that much of the sickness starts there. I have been a congregational rabbi for 29 of the past 41 years.

Others grow up in homes where they were exposed to nothing, so — for all their secular knowledge and professional training — they know absolutely nothing substantively Jewish. Their seders are about having an orange on the plate and a J Street Haggadah that equates today’s Israel with ancient Egypt’s Pharaoh and that casts “Palestinians” as the Biblical Israelites. Dayenu, indeed. Enough.

Bernie Sanders was reared with a public school education augmented by a bit of weekend “Hebrew School.” He was not sent there — not to that Hebrew School by those parents — to learn Judaism and kosher and Shabbat. Rather, he and his brother learned about Biblical Jews fighting the Pharaoh for social justice, but nothing religious resonated. True to his Marxism, Bernie later lived off his girlfriends and their earnings and assets for decades. In time, his non-Jewish wife and he honeymooned in the Soviet Union when others — Soviet Jews — were risking their freedom and their very lives desperately trying to get out, and while yet other Jews — Americans — were risking their freedoms and their future career options by getting arrested at street demonstrations trying to help them get out … or daringly smuggling sets of tefillin and boxes of matza into the Soviet Union.

As for Sanders, this Communist has praised Soviet bread lines as a “good thing.” He praised Castro’s Communist Cuba. He attended the Communist Sandinista celebrations in Nicaragua and praised them as heroic, encouraging them to fight to victory. As Mark Levin has noted, the entire Bernie Sanders “Bill of Rights” nearly identically parallels Articles 118 to 122 from Stalin’s 1936 Constitution. So he condemns Netanyahu and the right-wing direction for which 70 percent of Israelis have voted four consecutive times in the past two years? That’s a good thing.

In the mid-1980s I became somewhat close to the late Yitzhaq Ben-Ami, the father of Jeremy Ben-Ami, who heads J Street. Yitzhaq was a Jewish patriot. He gave and risked all in the pre-state Irgun underground. He organized clandestine illegal transports to smuggle Jews out of Nazi Europe and then to defy and penetrate the British blockade of Israel’s harbors. Hitler initially was more interested in “cleansing” Europe by evacuating all its Jews than he was in murdering Jews, and Yitzhaq had to negotiate with Eichmann. Here is a compelling mini-biography of him. His book Years of Wrath, Days of Glory details more. To understand how a Jeremy Ben-Ami can run an organization that provides platforms for Abu Mazen, Bernie Sanders, and Elizabeth Warren to attack Israel’s polity, while regularly endorsing such hateful policies as restricting how Israel spends American aid, is something that is outside my areas of professional training as a rabbi, an attorney, a law professor, a columnist, and a historian.

But let us know these things: