--
An old conspiracy has been revived in the light of recent political events and the prophesies of John's Apocalypse. The crux of the issue is a claim by one, Joseph Gregory Hallett, that he is a direct descendant of the English Royals and the legitimate king, King John III, and that Elizabeth II is a usurper and illegitimate. Further, that he is anointed by God as the new world Monarch and as such he is the new Christ and is descended from King David and Christ's mother Mary.. His supporters - mainly the many CT's who blog and vlog on social networks - throw in many other claims and theories such as the claim that Donald Trump is also anointed with a family lineage that includes ancestors with the surname of "Christ", being of German extraction. [Trump's partial genealogy is shown in one of the videos below where an ancestor has the German surname "Christ". Readers - in German the name Christ means Christian in English, NOT "Christ". In German, the name of Jesus the Christ is written as "Christos" which follows the Greek. Do these people think that no one would spot this chicanery]? 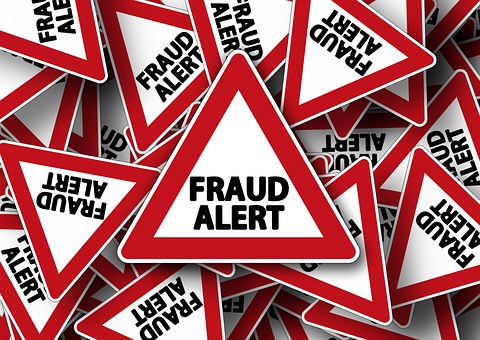 Hallett's real immediate family has publicly claimed that he is delusional. But there's a problem. I cannot find a link to their claim but there are many links to refutations of his family's claim. Most strange that Google appear to have hidden any links. The links to rebutt the family are shown in many videos by a tarot reader and fortune teller who, by the "signs" and the cards can verify that HALLETT IS THE CHRIST just as in the following videos a support site shows that the STARS' ALIGNMENT SHOW THE COMING NEW KING.

In refuting this nonsense, I am not doing a critical treatise of all the claims and Hallett's evidence because it is very involved and complicated. All one has to do, as I have done, is to find fraudulent items, chicanery, manipulations and lies existing in his claims. I have found many and worse than that, Hallett is dangerous. His claims are sacreligious blasphemy and as an apparent Rosicrucian, he and his army of supporters use his narrative to demonize the Church instituted by the one and only anointed Christ of the Father. Mathew 24: 23,24 warn of others claiming to be the Christ. Following or believing these demons places one's soul in danger.

Hallett, like many others, may well be of royal descent. Some have made similar claims to the Throne in the past. In fact, there could be millions of existing descendants of the royal bloodline. Nothing new here. I myself am a descendant of Irish royalty as well as being a blood relative of Barak Obama. That's the way genealogy is. Hallett knows his history, particularly that of the royals, thus much of that is fact but I am not going to spend weeks scrutinizing it all. I don't need to, since all one needs to do is to show his trickery. John Lennon, for example, is another who might have claim to the throne on the premise that some illigitimacy exists in the bloodline. See the following for example.....
https://l.facebook.com/l.php?u=https%3A%2F%2Fthenumbernineblog.wordpress.com%2F2016%2F10%2F19%2Fking-john-the-phony-king-of-england%2F%3Ffbclid%3DIwAR0Nl08ShnxdFHrXdDyhT-KVH67Qx7KAeYOUjKCKTBVkC_qZJctG-BFWaCU&h=AT1gF6BX-9i9kD_BdwW0qx1G2TSFTRqomumKXt8dV_iPQI7WiGzKGylA67LpF9f7xiGVtvOW1YRrVa1j9xseA1Ww7Y-nbt7Vc3_J8bfQGL_d4oeQMx39HSBM-fhWUInUfnpCKw

Immediately below I will post three videos from his major support base. Be my guest and waste hours of your life. Suffice to say that "Melissa" from Freedom Force Battalion [oh boy!], typifies some whacky Evangelical theology, which is more akin to theosophy and sophistry. She turns astronomy into astrology - a very dangerous indulgence - to affirm Hallet's and/or Trump's ascendency. She demonizes and pontificates on the Catholic Church, the pope, the Jesuits and the Knights Of Malta, to name a few, when she and her like know nothing of these matters except what they need to believe to legitimize their beliefs. I am not going to explain her errors here but anyone of sound mind, a knowledge of history and a grounding in faith and doctrine will be appalled by her rantings. Recent political events are woven into her apocalyptic narrative, such as the absorption of the Fed Reserve into Treasury and the possible collapse of the monetary system. Nobody can place the unknown eventualities of these things to fit a biblical prophesy without looking stupid. Hallett and his supporters appear to have the dual ambition of demolishing the true Church by false propaganda. [Good luck].


And an interview with another whacko, Field McConnell, who deposed Theresa May as British PM  personally on the exact day that he promised he would [no kidding]......
https://www.bitchute.com/video/8Am3idRNFEi0/
[I have only given the link because it is from BitTube and takes too long to load to this platform and I'm not in the mood].

That said, let me present a screenshot from the interview with McConnell. In it, Hallett claims that the Queen, ERII, has had his name imprinted on many English coins in recognition that he is the rightful king and awaits his ascendancy to the throne she has usurped.

Hallett is the author of many books. Take a look at the cover of one of his series....

[LATE EDIT: The pic of book covers has been deleted by Blogger or the publisher].The small emblem appears to be a ROSE emblem of sorts - the Rose is the emblem of the Rosicrucians. This is anathema to Christ's Church and to Revelation. Look them up if not familiar with them. They are an esoteric secret knoeledge society akin to Freemason, Kabbalah, Thelema, Theosophy et al.


TO SHOW THAT HALLETT IS A DANGEROUS FRAUD, I ACTUALLY NEEDED NOTHING OF THE PREVIOUS EVIDENCE OF HIS GRIFTING. WHAT YOU WILL SEE BELOW WILL ALARM ANY CHRISTIAN, ESPECIALLY CATHOLICS, AND PUT HIS FAKERY ON FULL DISPLAY. This is a video that he has edited and manipulated from last month's Easter service. He has edited it to make it appear that the pope has verified his Kingship as the anointed "Christ"and used his name "Gregory" as a saint - when in fact this refers to the actual Saint Gregory, a Father of the Church. This is abominable blasphemy. Do not put your soul in danger by believing the narrative around this dangerous, deluded, narcissistic megalomaniac.
[Late Edit: The video itself has been deleted so click the link to Bitchute to view this blatant abuse of fact]. As you go, note that Hallett claims that there are two Christs and neither was crucified but one of them went to England and Hallett himself is a direct descendant. The fact that many political citizen vloggers are basing their theories on Hallett's information destroys their credibility, let alone that they are monetized and extorting their fans.
Episode 27: The Popes Easter Friday Message in 3 minutes, 15 April 2020 https://bitchute.com/video/aRw3jak7xlUX/… #BitChute