I HAVE BEEN JAILED FOR A THOUGHT CRIME [About Covid-19]

I don't want you to worry, I'm not in a real jail. It's only Guantanamo Zuckerberg, and it's more of an internet detention than a physical prison, but bad enough for anyone who values free speech. You see, I contribute to a facebook page called Right To Speak [ironic eh?], and dared to post my and others' opinions about the lock downs. Well, facebook have advised the page that such posts should not be published and that they won't be distributing any even if they are because the page's activities have recently contravened their policies. No specific reason was given but adding 2 and 2 from recent warnings in general that any opinion expressing disagreement to the lock down "laws" will be deleted or worse. Here's the notice ......

In a recent interview with George Stephanopoulous, MZ said in relation to criticism of lock downs and any posts that promoted rallies or demonstrations ........


“At the same time, it's important that people can debate policies,” continued Zuckerberg, “so there's a line on this.”
“But, you know, more than normal political discourse, I think a lot of the stuff that people are saying that is false around a health emergency like this can be classified as harmful misinformation that has a risk of leading to imminent physical danger and we’ll just take that kind of content down,” he added.
Then there was another "normal political discourse" which we indulged in, posting opinions that the virus originated from the Wuhan Labs.

FACEBOOK deleted those posts of ours, claiming that the virus was "natural". And then a doco came out from Epoch Times on the origins of the virus and went viral. Facebook slapped a warning notice over it to claim that it was false and misleading - but later, after many scientists had had their say, the notice was removed. AND THAT WAS FOLLOWED by the revelation that Facebook's fact checker just happened to be a scientists working in the Wuhan Labs [How Embarrassment Effy]!! And it was true.

The team and I who run the page are used to this since this is the 15th time we have been sent to the naughty corner in 8 months. That's close to one week on and one week off to disseminate our views. Personally I'm beginning to think it has become a facebook habit to impose rolling bans on us - and on us in particular because there are plenty of very outspoken, politically incorrect and extreme pages out there which suffer no penalties or restrictions. But there is no defense against the CIA operation or it's front man Zuck, who still hasn't decided what he wants to be when he grows up. Please note you deep state world rulers, that these are my personal views and are divorced from others who contribute to the page for this blog is mine alone. I have had a lot to say about the kiddies in Silly Con Valley who pull these puerile banning stunts that go against their 1st amendment, natural justice and the UN's own Declaration on Freedom Of Speech. And I know they can't reply personally. So, whatever human has taken up our case had to find a way to retaliate, and has retaliated by imposing these rolling restrictions. I can well imagine him or her or zee lolling back in its swivel chair, feet on it's desk, sipping a kale latte and munching on a vegan fish burger, snickering to itself at how it has made us squirm in anguish as it pressed the key to engage the algorithm that censors the page. After which it will go home to its mommy's basement to watch some CIA supplied kiddie snuff while sniffing some of the latest CIA supplied mind altering substance because it hates its own mind. And all the while I shall spare a prayer for its soul. Oh yes, this has gone past the bot's stage, and has become personal for the page is itself innocuous compared to thousands of others - and I have personally invited the retaliation because of my vituperation in both the community page and in my personal page. But hey, what chance has one got when fighting wickedness via a social platform that is itself run by the wicked? Why do I do it? Well, I use the platform because of its reach and its brilliant technology. And I express my opinion because that's supposed to be legitimate and because I'm an old curmudgeon. I would say: "Get over it", but they won't because they have a totally godless agenda to destroy by stealth whatever is good and right according to the natural law derived from the Divine Law.

Oh, look at the time. The above was intended to form an introduction to an article I came across which deals with control over the masses, but I have gone on too long with my personal views to publish something of readable length. So, I will leave the article until my next post.

Okay, I know what some will think about my mention of the CIA. Where does one begin to justify my accusations, and I only ask rhetorically because so much has been published and is accepted about the CIA's activities that I could overload you with references. But I will just supply one article which, oddly enough, I only received an hour ago from Cathy Fox, who is perhaps Britain's best researcher into child abuse and ritual satanic abuse and a lady with whom I have corresponded quite a bit. Her article is really for the fellow researcher, and it's long but with hundred's of hyper links. And Fair WARNING - it is not for the sensitive or the squeamish. Also, understand that it is a little cryptic since Cathy is prone lately to quickly drafting posts before elaborately publishing and this is probably because she has long bouts of illness and wishes to get her material down before she is overcome or incapacitated in any way. God bless her.

I do recognise the necessity of lock downs in some countries, but America and Australia are different cases. For posts and info not disseminated by the MSM globalist propaganda machine, a new web site was begun for the Right to speak page, 7 weeks ago which now has 99 blog posts and 4000 views to date. Additional post can be found on my own blog here at Knightslite.com. Relevant posts can be found by clicking on the label "Covid-19".  https://www.righttospeakout.com/ 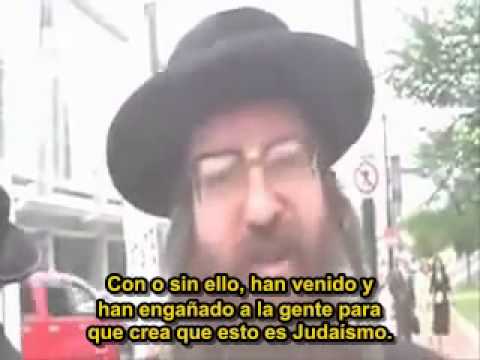