HOW THE "CHOSEN" ARE DESTROYING THE CHRISTIAN WEST [MEDIA & ENTERTAINMENT EDITION]

Islam is not Judaism's major enemy; Christianity is. This is borne out in the Jewish financing of the illegal migrant invasion of the West of Muslims whom are used to decimate various countries' cultures but can be easily defeated after the job is done. To weaken those who might stand in the way, those being the conservative male population, political and social tools are employed to subdue those who might resist. Major tools used are media propaganda and entertainment. The propaganda aligns with cultural Marxism and the bread and circuses entertainment concentrate on dulling the will and the senses through the control by addictive pornography, degradation, deviancy, political correctness, feminisation and virtue signalling. According to the Jewish principle of Tikkun Olam, the world must be decimated so that it can be rebuilt in line with Judaism to herald in the coming of God. The greatest obstacle to dissembling existing structures is the Christian culture and Western democracy. [Another target for destruction is the financial system and the economy, but this is a subject for another time]. Following is evidence that the media and entertainment industries are not just over represented by Jews, but are controlled by them. This will be but an introduction to who's who in these fields. Consider this as Part One. 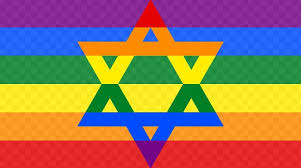 If it can be said, as I have coined and long-maintained, that Fake History is the Fake News that has passed into the rear-view mirror – then only a proper exposure of the identities and motives of Fake News patriarchs from years-gone-by can allow us to correct false history and thus better understand the present. And if it can also be said, as I have also coined and long-maintained, that World War II is the foundational mythology which defines the modern world – then it becomes essential to identify the original myth-makers behind the “official” narrative of “The Good War.”

First, let us note that a full six & 1/2 years before that grand and tragic history-altering event, the leaders of International Jewry formally issued a "Declaration of War" against Germany and its new Chancellor, Adolf Hitler. On March 23, 1933, 20,000 Jews protested at New York's City Hall. Rallies and boycotts were directed against German goods. The front page of the March 24, London Daily Express carries the headline: “Judea Declares War on Germany”

Three days later, 40,000 Jews and other assorted Communists gathered in Madison Square Garden to protest Hitler – who hadn’t even done anything to harm anybody, except maybe a few Red terrorists who had it coming to them. The New York Daily News front page blared: "40,000 Roar Protest Here Against Hitler."

Worldwide Jewry had fired the opening economic and propaganda shots of what, in due time, would escalate into World War II. Hitler responded to the false “atrocity” charges being made against the new Germany, stating on March 28:

"Lies and slander of positively hair-raising perversity are being launched against Germany. Horror stories of dismembered Jewish corpses, gouged out eyes and hacked off hands are circulating for the purpose of defaming the German Volk in the world for the second time, just as they had succeeded in doing once before in 1914.”

Had the Jews been some powerless minority with little influence, then their declared war against Germany could be dismissed as the inconsequential barking of a dog at the moon. But with the most powerful political weapon ever known to man -- the national news media of the United States -- being mainly under their dominance, their threats against Germany were not to be taken lightly. A closer look at the “Big Four” of America’s media at the time should be enough to induce even the dimmest “newbie” on this subject to begin asking himself: “Were we lied to about Hitler and World War II?”

Let's have a look at the main media masters of the 1930s & 40s.
Six & 1/2  years before the actual shooting part of the war began, International Jewry had already declared the economic & propaganda war to be in effect -- referring to it as "a holy war to combat the Hitlerite enemies of the Jew."
* The New York Times // The Ochs-Sulzberger Family

Since its founding in 1851 by Republican Henry Jarvis Raymond, the mighty New York Times has been a big player in shaping public opinion. In 1896, the Times, -- still experiencing financial problems due to the Panic of 1893 -- took a turn to the internationalist left when it was sold on the cheap to a German-Jew named Adolph Ochs.

Ochs’ daughter was married to Arthur H Sulzberger, who became publisher when Adolph died in 1935. Sulzberger's great grandson, Arthur G Sulzberger, is the publisher of the Times today. For 125 consecutive years and counting, America’s mighty “paper of record” has been in the hands of this same Jewish-Globalist family.
1. Adolf Ochs // 2. Arthur H Sulzberger (Adolph's son-in-law)
* NBC Radio // David Sarnoff

In 1900, David Sarnoff, who was born in a small Jewish village in Tsarist Russia, immigrated to New York City. At the age of 15, he joined the Marconi Wireless Telegraph Company of America. By 1919, Sarnoff was General Manager of RCA radio. In 1926, Sarnoff’s RCA formed NBC, the first major broadcast network in the U.S.

Sarnoff was instrumental in building the AM broadcasting radio business which became the preeminent public radio standard for the majority of the 20th century. During World War II, he would serve under General Eisenhower as a “Communications Consultant” (psychological warfare). Sarnoff, who had no military experience, would be awarded the rank of Brigadier General.

David Sarnoff and family went on to control RCA-NBC Radio & TV for more than 60 years.

Sarnoff was an immensely powerful media giant of the 20th century. He would later serve as a Psychological Warfare specialist during World War II, and was awarded the ridiculous undeserved title of “Brigadier General."
Sarnoff of NBC was decorated with the title of "Brigadier General" for his role in psych operations in Europe.
* CBS Radio // William Paloff (Paley)

William S. Paley (Paloff) was the son of Jewish immigrants who came from the Ukraine region of the Czarist Russian Empire. In 1928, the 27-year old businessman secured majority ownership of the CBS radio network (of which his father Samuel Paloff had been part owner). During the 1930’s, Paley expanded CBS into a national powerhouse with 114 affiliate stations. During World War II, Paley, like Sarnoff of NBC, Paley would also serve under General Eisenhower as a “colonel” in the Psychological Warfare branch of the Office of War Information.

As the King of the CBS radio (and later TV), Paley was without question, one of the most powerful figures of the 20th Century. With David Sarnoff already controlling RCA-NBC, and Paley now in control of CBS, the important pre-TV medium of radio was by then mainly under Jewish control. Like Sarnoff's NBC, Paley's CBS will shape what Americans believe for many years to come.
Paloff (Paley) of CBS -- like Sarnoff -- was granted a military title for helping to orchestrate propaganda and psychological war in Europe.
* The Washington Post // Eugene Meyer

Washington Post was one of many businesses to go bankrupt during the Great Depression – just like the New York Times had been struggling after the Panic of 1893. In June of 1933, owner Ned McLean unloaded The Post at a bankruptcy auction. The buyer was Jewish Federal Reserve Chairman Eugene Meyer.

Having just stepped down from the Federal Reserve; Meyer immediately changed The Post’s editorial policy, transforming the influential newspaper into a pro-FDR, anti-Germany, and soft-on-Stalin propaganda sheet.The Post will lose money for 20 more years, but Meyer didn’t care. He bought the Post for influence, not profit. The Post will later be handed down to his daughter, the late Katherine Meyer-Graham.
Eugene Meyers -- He stepped down as Federal Reserve Chairman and bought the Post.
A CLEAN SWEEP OF JEWISH MOGULS!
On the eve of World War II, the four most powerful media sources in America were ALL under Jewish-Globalist anti-German ownership. Left-to-right: Washington Post: Meyer // CBS: Paley // NY Times: Ochs-Sulzberger // NBC: Sarnoff