STRATEGY OF THE LEFT

The Left’s Strategy and Tactics To Transform America 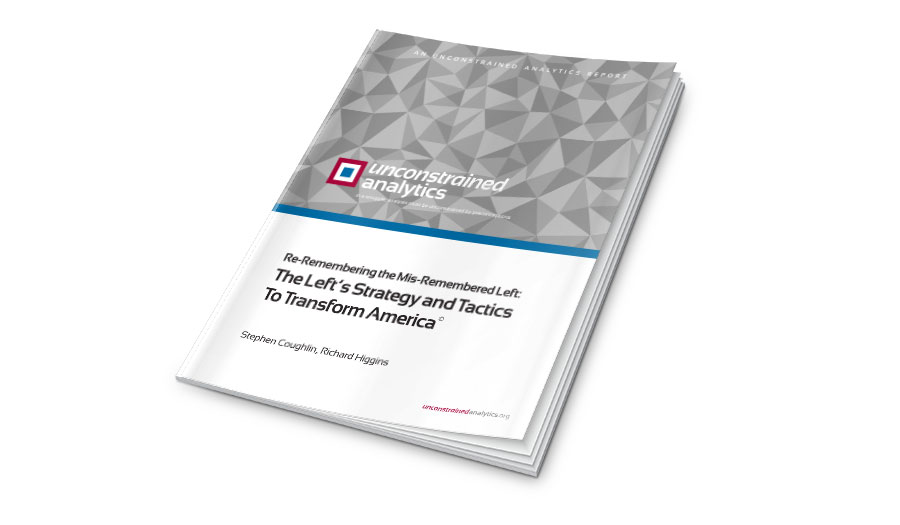 
“The same revolutionary beliefs for which our forebears fought are still at issue around the globe—the belief that the rights of man come not from the generosity of the state but from the hand of God.” — John F. Kennedy, Inaugural Address,” January 20, 1961
~
“We think too small, like the frog at the bottom of the well. He thinks the sky is only as big as the top of the well. If he surfaced, he would have an entirely different view.” — Mao Zedong
~
“The abuse of political power is fundamentally connected with the sophistic abuse of the word, indeed, finds in it the fertile soil in which to hide and grow and get ready, so much so that the latent potential of the totalitarian poison can be ascertained, as it were, by observing the symptom of public abuse of language. The degradation, too, of man through man, alarmingly evident in the acts of physical violence committed by all tyrannies, has its beginning, certainly much less alarmingly, at that almost imperceptible moment when the word loses its dignity.” —Josef Pieper, Abuse of Language – Abuse of Power, 1974
~
“The American people have got to stop fooling around with just fighting communism in the abstract. They have got to know what the thing means, why they are against it, and how to fight it.” —Bella Dodd, Testimony to the HCUA, 1953
~
“And it ought to be remembered that there is nothing more difficult to take in hand, more perilous to conduct, or more uncertain in its success, than to take the lead in the introduction of a new order of things. Because the innovator has for enemies all those who have done well under the old conditions, and lukewarm defenders in those who may do well under the new.” —Machiavelli, The Prince, 1552

When associated with rising factional discord, the increased hostility from the Left resonates a violence that is becoming a clear and present danger.
This paper will provide an estimate of the current situation that transcends well-travelled two-party political narratives. The objective is to provide a strategic understanding of the Left that baselines the current situation to enable directionality, predictability, and actionability. To that end, the estimate will use a political warfare analysis to reframe the political environment in order to provide timely anticipatory situational awareness in support of decision-making.
National policy has come under the influence of constructed narratives that mainstream and conservative leaders neither understand nor control. Lacking situational awareness to recognize the operational nature of information campaigns directed against national policy, responses tend to be tactically limited and predictably reactive along scripted action-reaction cycles built into the operational sequencing of information campaigns controlled by the Left. These powerful but misunderstood narratives drive policy.
At their core, these narratives are not American. Rather, they are dialectically driven Neo-Marxist memes that infuse mass line efforts operating at the cultural level intent on powering down into the political space.
This furthers the Left’s political warfare effort to impose conformance resulting in the non-enforcement of laws by those tasked with their oversight and enforcement. As these narratives transition into prevailing cultural memes, non-enforcement becomes institutionalized and enforced by an opposition that increasingly comes under the control of those narratives.
As such, for the Left, political organizations like Congress become vehicles to execute lines of effort in an execution matrix along which information campaigns are executed from outside and above. 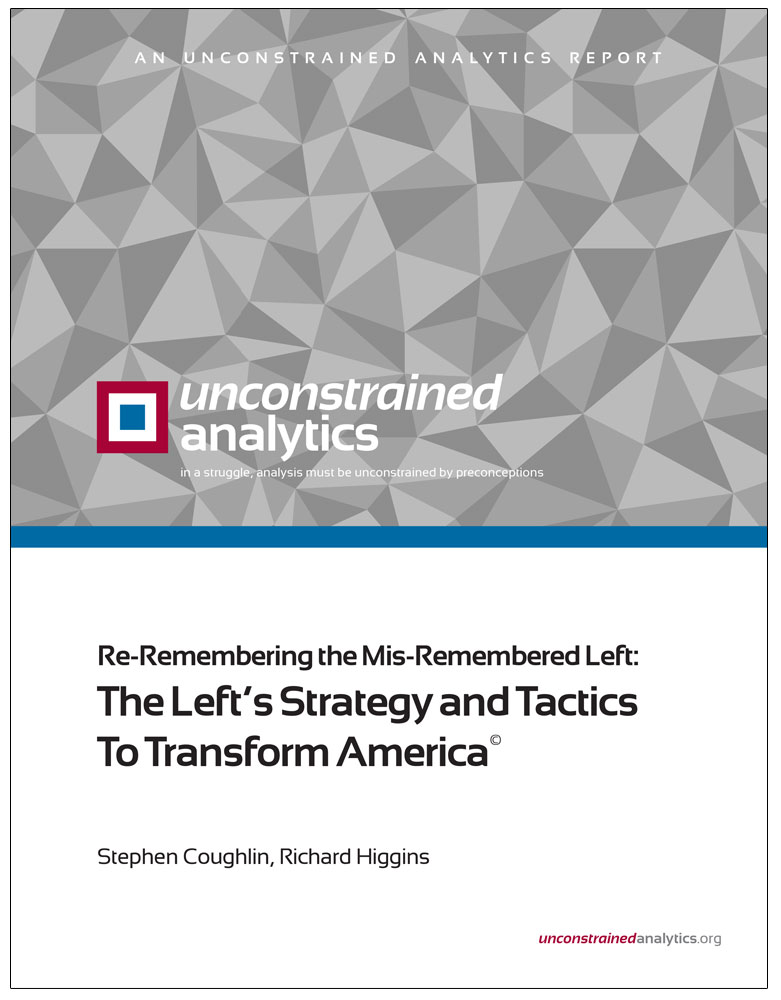 Saying that “the Left moves dialectically, through time, on a trajectory” simply recognizes that the Left is a movement in history defined by its movement through history; that its backward trajectory defines its forward movement; and that failure to recognize this arc leads to error. It is for this reason that this assessment emphasizes historical events, conditions and movements that have defined the Left from the Hegelian dialectic, to Marx, to Wilson’s progressivism, to the early Frankfurt School, to Mao’s Long March, to Marcuse’s thoughts on tolerance, to political correctness.
This is how the Left should be understood. Hence, it would be a mistake to treat the historical elements of this assessment as little more than background material. Assessing the Left as if Hegel and Marx simply provide interesting historical context to today’s events is the failure to recognize that for the Left, Marx was yesterday and Hegel the day before. Between the two, they are the source code of today’s Left. To emphasize this point, a recent Daily Caller article is included as Appendix E to demonstrate just how relevant historical awareness of the Left is to understanding today’s Left.
Download PDF Report Buy Print Version
at February 29, 2020